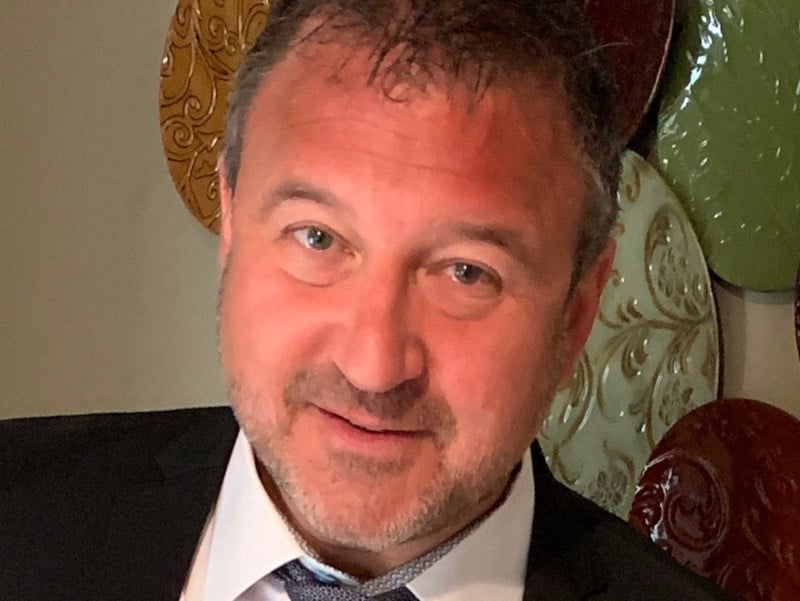 Joel Gotlib didn’t need much to turn his life around.

A raindrop on his forehead made the world of difference.

It was mid-afternoon in early 2018 on Bowen Island, just northwest of Vancouver. Gotlib had booked himself into the Orchard Recovery Centre for a 28-day stay for an opioid drug addiction.

Halfway through his life-changing journey, the father of three walked down a nature trail near the centre. Part of the recovery program is walking through a labyrinth with a question, and having the answer upon their return. Gotlib was on medical leave from CTV Edmonton’s newsroom, so he asked a reporter’s question: would he return to CTV?

“It was raining that day,” Gotlib said, “and I found a tree called Opa. I asked in my heart and mind if I could touch the tree and felt the answer was yes. Then I walked around the tree … I stopped. All the while it was raining lightly and big drops were falling off the leaves.”

Gotlib looked up and asked Opa for a raindrop to land on in the middle of his forehead.

“I looked up, and about five seconds later a big drop of rain fell off a leaf and hit me right where I asked. And, it was at that moment I connected with a higher power, and realized a new sense of cleansing and a new beginning.”

Things got even better: that night, Gotlib had a dream in high definition — he was in a hit broadway musical, one he wrote.

He was having the time to his life.

“What I gathered from that perhaps my artistic abilities are going to be used in a realm other than TV news.”

Three days into rehab, Gotlib called his financee Johanna in Edmonton and made a revealing request. He had hidden half his prescription of pills in the basement, tucked in a ski boot so he could use when he returned home.

“I told Johanna about the pills and asked her to return them to the pharmacy,” he said. “She flew out to visit me twice in rehab and we would talk every day. Her telling me how proud she was helped me want to succeed. She was my rock.”

Gotlib’s story of how, eight years ago, he went to an emergency ward for back and leg pain leading to an addiction of Percocet was powerfully told by CBC Edmonton’s Janice Johnston. It details Gotlib taking 18 pills a day, having panic attacks while delivering news live on CTV Edmonton, going through a deep, dark depression and living for another pill.

CTV Edmonton had new management sign on and a year ago. Gotlib left his senior reporter position.

He isn’t working. But wants to use his story and talents to share his experience to help others.

“I want to get into schools and universities and talk to young people,” he said. Gotlib dreams big: the website giant Ted Talks is also on his to-do list.

It’s a story about how one tiny raindrop has grown into oceans full of hope because one man asked for help.